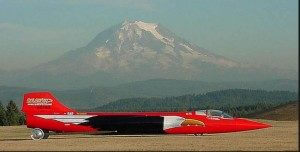 Protecting mission-critical applications such as emergency call centers as well as industrial processes and transportation technologies against power outages is our lifeblood.  So is powering critical military systems. In fact, we at Falcon Electric take pride in solving complex power requirements.  We also occasionally donate our rugged UPS products to worthy nonprofit endeavors, especially when they help to advance science and technology beyond its current state. We donated our online UPS to convert frequency and furnish auxiliary power for the North American Eagle supersonic land speed challenger. You can discover the latest progress here at North American Eagle’s website: http://www.landspeed.com

The project’s goal is commendable: return a global speed title to the USA. With an all-volunteer team of engineers, technicians, mechanics and computer experts, this dream-machine vehicle was carefully constructed to safely exceed the 763 mph milestone achieved nearly 20 years ago by the U.K.

In addition to beating worldwide speed records, the North American Eagle enterprise has a scientific purpose as well: data and knowledge gained through this program may contribute significantly to high-speed rail, ground effects of high-speed aircraft in the touchdown mode as well as braking techniques employed by high-speed vehicles. This ambitious undertaking is primarily self-funded with assistance from private company sponsorships such as our UPS donation.

“We are honored to participate in this technological venture,” says Mike Stout, Falcon’s Vice President of Engineering. “The dedication of driver and owner Ed Shadle, Director of Operations Keith Zanghi and their team of visionaries to build the most advanced racing car in the world is inspiring!”  In addition, Mike lauded the team that assisted the 56-foot long, 42,500 horsepower land vehicle in earning its first major speed goal a few years ago.

Located onboard the race car, our online UPS changes the engine’s 115 Volt, 400 Hz frequency
power to 115 Volt 60Hz power to meet the needs of various 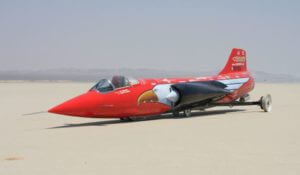 computers and global-positioning systems.  In addition, our UPS provides frequency conversion, conditioning and backup power if the vehicle’s electrical system is compromised.

We’re proud to be part of a team of companies such as Microsoft, Hewlett-Packard, Lenovo and ABB Wireless to advance the cause of science and set new records for speed. In its latest update, the North American Eagle team states that “in the Spring of 2016, we will be pushing our passion to the brink, and pushing supersonic speeds at Diamond Valley.” Ed Shadle intends to set a new land speed record, and Jessi Combs, who became the fastest woman driver on the Earth in 2013, could break her own speed record.

Falcon supports this all-American spirit of pride and competition.